The Latino Media Fest's Official Selection is a showcase of short-form content and will be presented and screened by NALIP on October 13th, 2022 at the Westfield Century City AMC 15. Together, these works feature a variety of subjects, voices, and viewpoints that attest to the rich and talented diversity of the Latine community!

Thanks to everyone who submitted their projects for consideration. All films will be available to view with the Latino Media Fest pass. 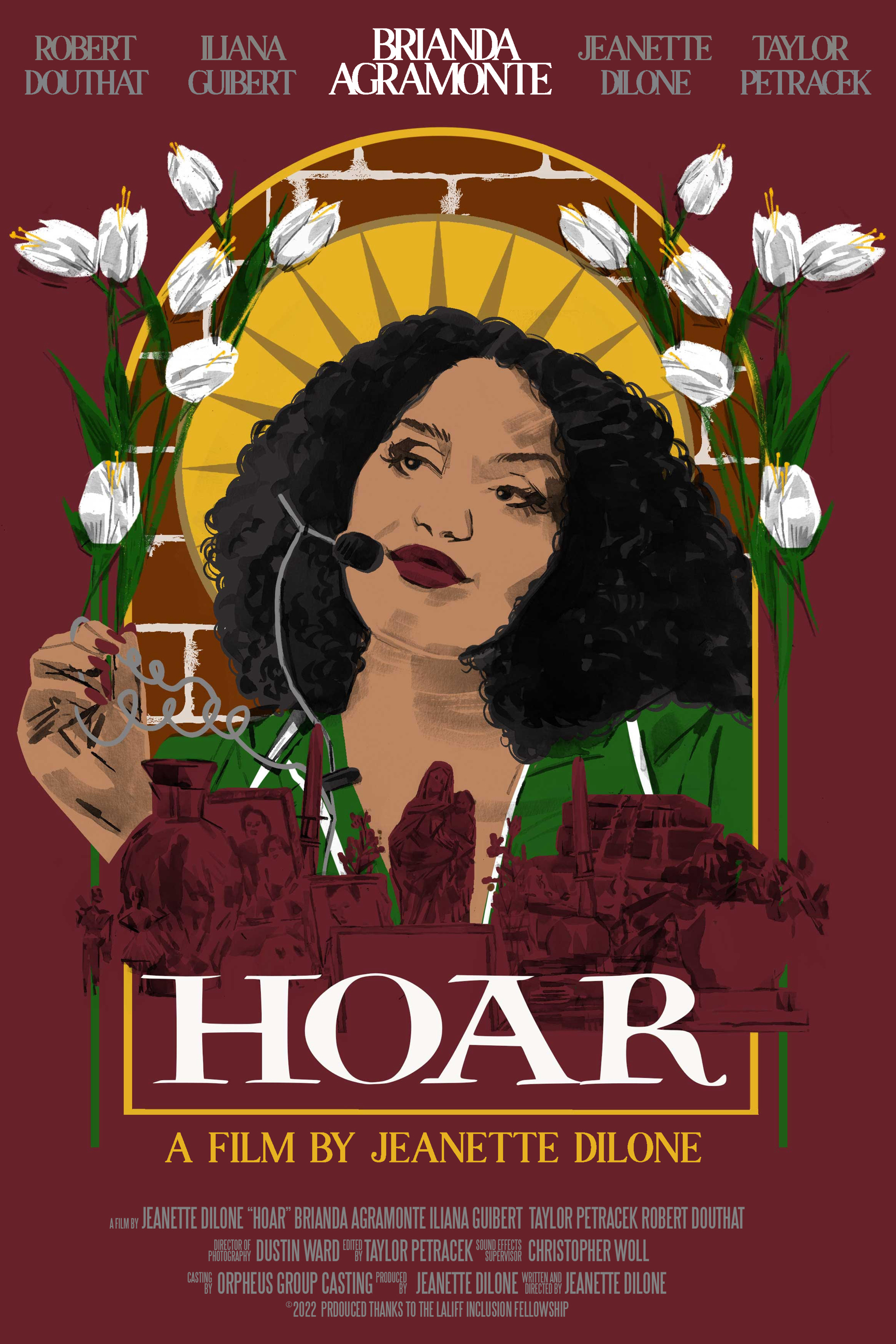 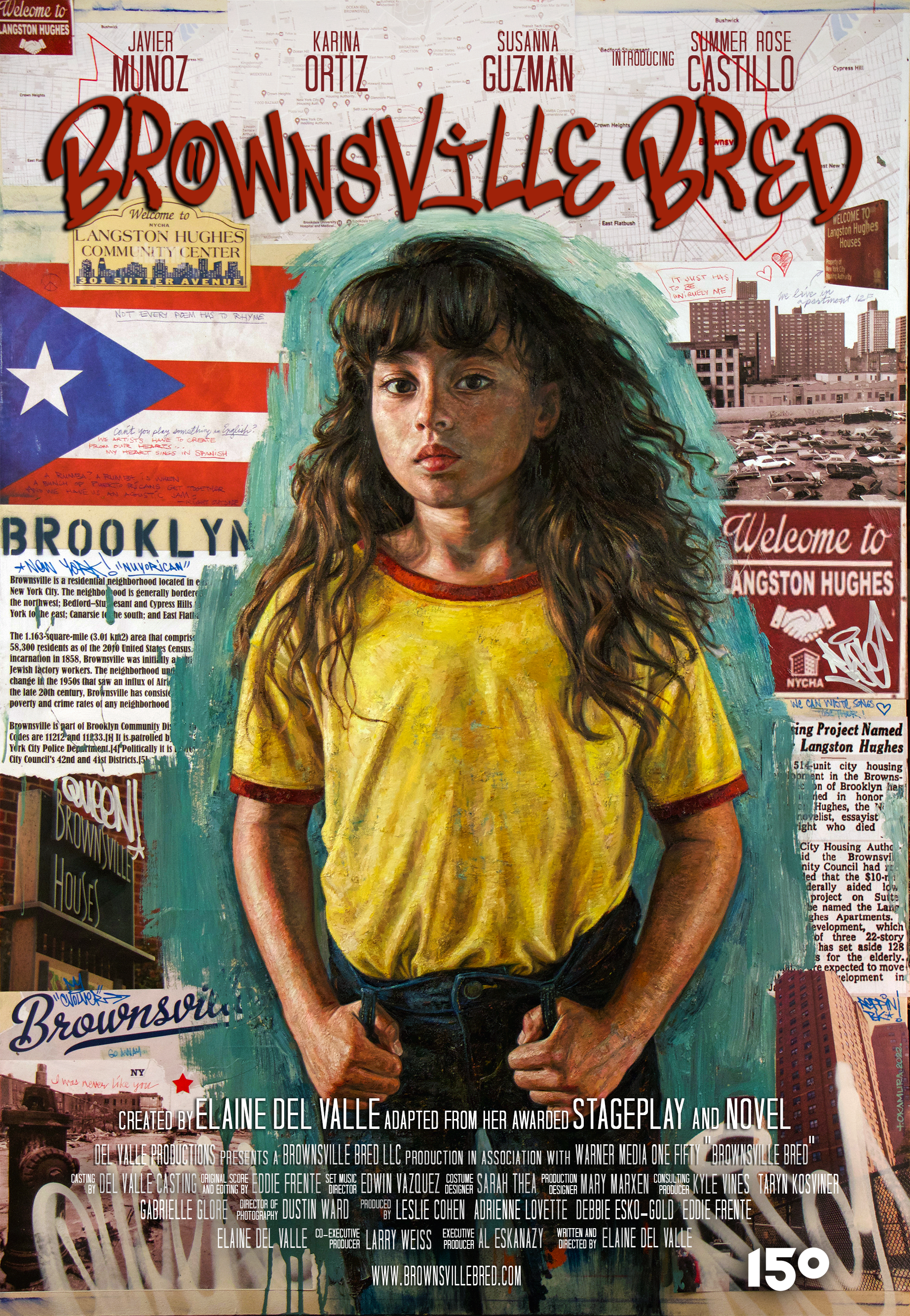 Logline: When a phone sex operator is accepted into Oxford University, she must confront her live-in mother, a codependent hoarder, about her decision to move across the globe.

Synopsis: Amy, a 30-year-old phone sex worker, chats with a client through her headset. She's interrupted by her live-in mother, Constancia, a devout Catholic who openly disapproves of her daughter's new career. Little does Constancia know that her only daughter is secretly planning to make some major career changes, like moving across the globe to become a sex therapist… When the truth is revealed, the two women must learn to see the world through each other’s perspective, or let each other go forever...

Jeanette Dilone is a writer, director, and actor, born and raised in Washington Heights, New York City. She is a LALIFF Inclusion Fellow, sponsored by Netflix, and a Tomorrow’s Filmmakers Today fellow, sponsored by Warner Bros. Discovery and HFPA. In 2022, she completed her third short, “Hoar”, about a codependent relationship between a phone sex operator and her hoarder, devout Catholic, mother. Her previous short, "Rizo" (2020), which she wrote, produced, and directed, premiered at LALIFF, and went on to win the 2020 HBO Latinx Short Film Competition. “Rizo” is now available to watch on HBOMax. In 2017, Jeanette made her directorial debut with the short film, "Return" which she also wrote and produced. It premiered at the New York Shorts International Film Festival and was acquired by Shorts TV. Jeanette fell in love with acting and filmmaking during her college years at Columbia University. Her vision is to create compelling Latina-centered narratives that explore themes of family, identity, and success.

Logline: An old used ragdoll-like marionette, and his journey of self-acceptance and discovery as he decides to do all it takes to prove to himself and his fellow puppets that he is valuable and worthy of admiration.

Synopsis: A Drama that takes place on the backstage of a marionette show. This short film follows "El Triste," an old used ragdoll-like marionette, and his journey of self-acceptance and discovery as he decides to do all it takes to prove to himself and his fellow puppets that he is valuable and worthy of admiration.

Logline: After getting her heart broken, Inés decides she must end it all... that is, until her perfectly planned suicide is interrupted by the ghost of her chatty Cuban neighbor.

Anna Salinas is a Cuban-Swedish filmmaker whose work centers on themes of mental health and wonderfully weird latinas. She's currently writing on season 2 of LOOT (Apple+) and is developing an adult animated comedy series for Hulu called SAD LLORONA. Anna’s made several short films including INSOMNIAC, currently streaming on NoBudge.com. She also performs sketch comedy as one half of the latina duo "John Baxter." Their videos have been featured in Vulture, Consequence of Sound, Mashable, and more. Anna is also the creator of the viral webcomic Badcomixbyanna.

Michael Steves is a director from Philadelphia who makes intimate documentaries about America’s strivers and heroes, through which you can feel the unfolding of history from the personal level.

As a founding partner at documentary and commercial production company RuleOf3, he directed short documentaries and commercials for Bloomberg, Ring, Amazon, Lennar, and WeatherBug, as well as political ads for Democratic PACs in the 2022 midterms.
He is currently directing his first feature documentary, “The Heart Grows Old in Autumn”, following three generations of a Rohingya refugee family living in Chicago as they rebuild their lives after surviving a genocide in their home country of Burma.

Lucas San Juan is a creative producer, and founding partner of Culver City-based documentary and commercial production company RuleOf3. He is the son of a Cuban refugee, and grew up in New Hampshire, where he watched every movie he could get his hands on (by the age of 7, he was a devotee of the Alien series and science fiction classics). A lifelong love of local politics, roadtripping, and national parks influenced his interest in making documentaries about the American story in all its forms.

Lucas has produced documentaries and commercials for brands including Amazon, Ring, WeatherBug, Bloomberg, University of Maryland, Lennar, Johns Hopkins, and many more. Previously, he worked as a creative and business strategy consultant advising production companies and VFX firms.

Whether he’s road tripping, hiking, or filming on location, Lucas seeks out every corner of America. He brings this passion to creating unorthodox production solutions that create cinematic and insightful imagery with nimble crews.

Synopsis: Maribel always felt her small island of Hispaniola could not carry her big dreams to dance on world famous stages with the greatest performers on Earth. When a once in a lifetime opportunity comes along for her to go to the US, she takes it, with plans to come back for her 7-year-old daughter Milagro. As she realizes this opportunity is more far-flung than she had initially expected, and the bedrock of her burgeoning career crumbles at her feet, Maribel’s American Dream is quick to become a nightmare. Striving for any means of survival in the hustle and bustle of New York City, she finds herself mending clothes in a factory as her relationship with Milly tears at the seams. Her only tether to home comes across a telephone line. Without a place to train because she doesn’t have the money, the warehouse becomes her studio. After hours at the factory where she works to scrape by, Maribel puts on a private performance as an escape from the burden of her circumstances. Unbeknownst to her, she has an audience member: the security guard who works the overnights.

In exchange for learning a few moves under Maribel’s tutelage, he offers words of encouragement, and a key to the building -- giving her the space to practice whenever she would like. It may not solve everything, but it is un pasito towards her future as a salsera.

Stacy Pascal Gaspard has a passion for sharing her rich, vibrant Afrolatin-Caribbean culture and her passion for dance on the big screen. In the Spring of 2021, Stacy was selected for the inaugural class of Indeed’s Rising Voices Program, which culminated in her latest short, Soñadora, being Executive Produced by Lena Waithe and premiering at the 2021 Tribeca Film Festival. She was also selected as the inaugural winner for Paxeros’ Women of Color Commercial Directing Program, where she directed a narrative spec car commercial for Subaru.

Initially a Pre-Med student at Nova Southeastern University, she went on to double major in Theatre and Media Communications -- the first in her family to earn her Bachelor’s in the US. She will be receiving her MFA in Directing in AFI this year. Navigating the dual uncharted waters of being a First Generation immigrant and the oldest sibling of five, Stacy thrives in creating a vibrant and heartfelt world for dreamers, with a dash of magic and a glimpse of hope.

Logline: FERNANDA is an angry, Latinx dyke who wants to make the world a better place but can barely keep her own life together.

Synopsis: An angry Latinx dyke wants to make the world a better place but can barely keep her own life together. Fer and her friends deconstruct their lives, fuck them up and continue to deconstruct them.

Mar is a 2021 AFI Directing Workshop for Women fellow and a Tribeca Institute’s 2020 Through Her Lens program fellow. They were selected for the 2018 Sundance Episodic Lab and the 2017 Sundance New Voices Lab.

VALENTINA (2018), a short film about a woman with a talking vagina, was licensed by HBO and aired globally. She also wrote, produced and directed the comedy web-series DICHOS (2019). Mar holds an Experimental Film degree from Bard College and MFA in Screenwriting from USC. They were born in the Colombian tropics and grew up in Queens, NY.

Logline: A spunky Latina must find her own path as she comes of age to face the grim realities of the musician father she once idolized and the deteriorating neighborhood she calls home.

Synopsis: Set in 1980's Brownsville, Brooklyn, NY--the height of the crack and crime epidemics--A spunky Latina must find her own path as she comes of age to face the grim realities of the musician father she once idolized and the deteriorating neighborhood she calls home.

She was recently selected by the Women's Weekend Film Challenge to direct, and by the WGA, where Elaine is currently a part of the 2022 Showrunner Academy. Her original one-hour drama pilot, “The System” sold to CBS.”